She’s young, gorgeous and talented – right now Laura Wright has the world at her feet. The 23-year-old classical singer will be performing in front of The Queen and other members of the Royal Family at the Festival of Remembrance Day at London’s Royal Albert Hall on November 10. Also singing at the Festival concert will be The Poppy Girls, the first all-girl group formed from children of Armed Forces families, featuring Padre Wg Cdr Paul Mellor’s daughter Charlotte.

The five group members were picked from more than 1000 hopefuls and Laura was one of the judges to choose the eventual winners.

She said: “After the audition process I got to work with them in the studio and it was really lovely because it brought back memories of being in All Angels.”

That was the four-girl classical crossover group Laura joined when she was just 15. She’s still in touch with fellow member Charlotte Ritchie who went on to star as Oregon in the hit Channel 4 comedy series Fresh Meat.

Laura, who has performed at the Remembrance Day concert for the past two years, is looking forward to singing there again this year. She said: “I have been quite lucky to perform there. It’s very different to the other performances you do throughout the year because of the reasons behind why you are there. Everyone is very aware of that on the day. You want to make sure you do everyone proud.”

Sporty Laura who trained to county level in hockey, tennis and javelin, cycles, runs and – to her manager’s horror – also plays women’s rugby. She is an active supporter of several charities, including the music therapy charity Nordoff Robbins and will be running the London Marathon for the charity next year.

She showed her backing in the most eye-catching way when she attended the Classic BRIT Awards recently in a glamorous backless evening dress, revealing a stunning body art tattoo that featured a treble clef, the Nordoff Robbins symbol. She said: “ It was amazing, it was an incredible thing to have done. It only took about an hour to do. I don’t have any permanent tattoos, but I’m thinking about it now …”

Laura is an ambassador for Nordoff Robbins, and also for Arthritis Research UK, having battled the debilitating condition at a very young age. 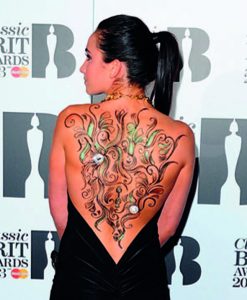 She said: “I had arthritis when I was seven and I was in a wheelchair for quite some time. I still have some ongoing problems as a result of that but I can do the sports I want now.” On playing rugby for the Rosslyn Park ladies team in South London, she said: “I think my manager would like to me stop, she is petrified before I play. In my first match I got half of my front teeth knocked out.”

Laura is a regular sporting mascot and has performed at a long list of high-profile sports events including international rugby matches, the Six Nations at Twickenham and the FA Cup Final at Wembley.

She’s one of the decade’s biggestselling classical artists, having notched up more than a million album sales.

Her debut album of folk and folk-style songs, The Last Rose, released in 2011, went to number one in the classical compilation albums chart.

Her second album, Glorious, came out last year and she’s now working on a third.

“I’m looking forward to going back into the studio to record my next album which should be out early next year,” she said. “There might be appearances from some special guests. – I’m not allowed to talk about it yet, but it’s very exciting. And I would love to tour.” The youngest of four children, she has three older brothers and has performed with her eldest brother’s band. 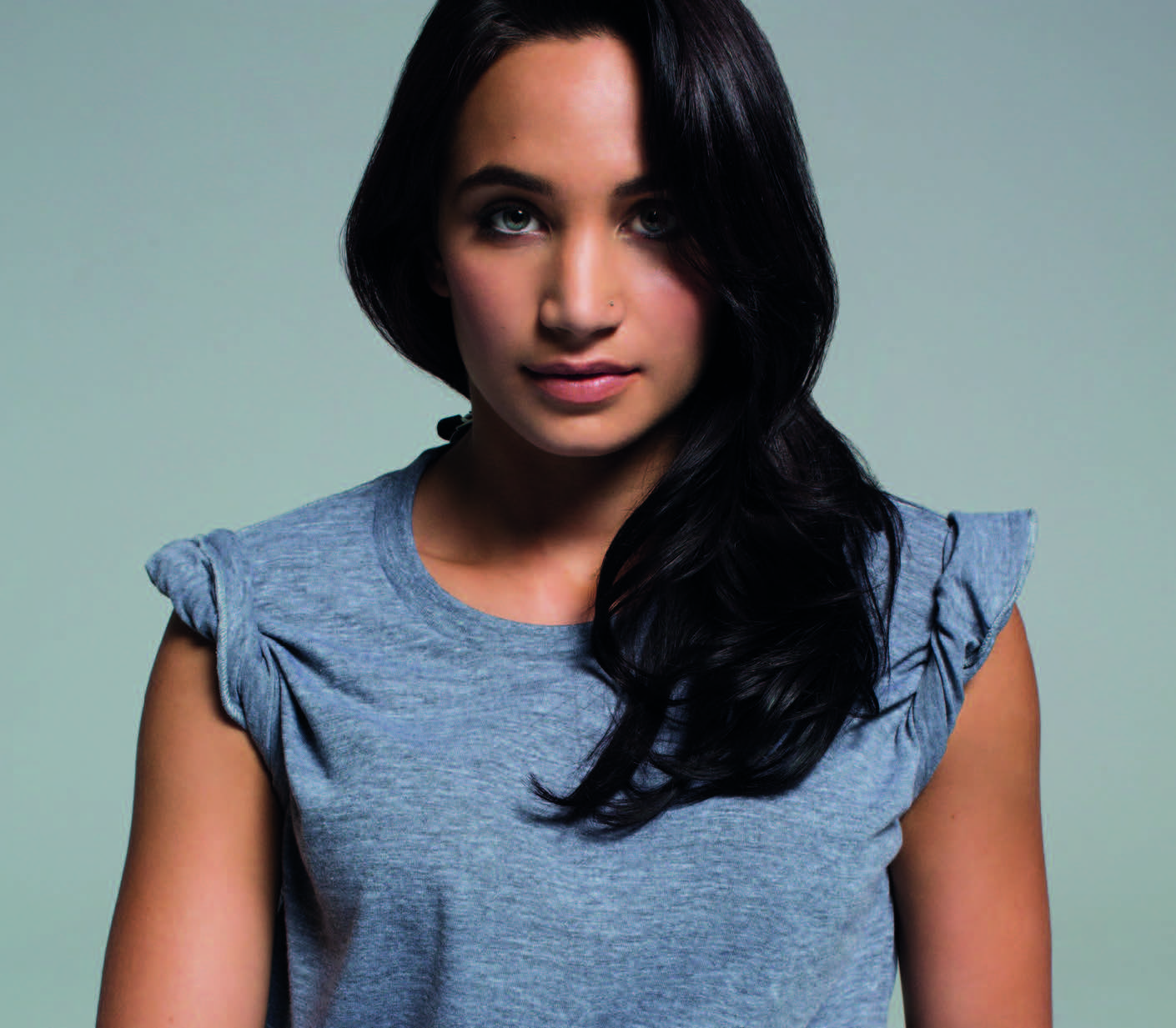 “We are a very close family and my brothers are extremely protective of me – they keep me grounded too.”

A former Royal College of Music student, she has wide musical taste. “I listen to so much, not just classical,” she said. “Barbra Streisand is an incredible singer, she has a timeless value and Judy Garland is another one of those singers. I also listen to a lot of drum and bass and dubstep.”

Despite being so young, Laura has already achieved some major career milestones – in 2012 she performed for The Queen more times than any other artist and was the first soprano to sing at the Olympic Stadium, in March last year. She said: “One of my career highlights so far was when I sang Pie Jesu from Fauré’s Requiem for the Royal Ballet at the Royal Opera House in Covent Garden.

“I never thought I would be able to perform on that stage so I was the most nervous I have ever been, but after the first few notes the nerves had gone.”

She has worked with Alfie Boe, Andrea Bocelli and Russell Watson and, a huge Queen fan, would love to collaborate with Brian May.

She said: “He is a legend, it would be incredible to work with him.”

She’d also like to act: “I auditioned for the Les Misérables film, but they wanted predominantly actors rather than singers. “

I’m having some acting lessons at the moment and I would love to do something that combines acting and singing.”