Watch Laura Wright with her teammates and you’d never guess she has a separate existence as a star in her own right. But she undoubtedly does. Described on Classic FM as Britain’s most exciting new soprano, she has many achievements for her tender years, having completed a UK tour with acclaimed tenor Alfie Boe, opened the iTunes Festival for Andrea Bocelli and performed Faure’s Requiem at the Royal Opera House for the Royal Ballet. And she’s put a volley past Tim Henman and scored a try from full-back for the Slingbacks against Hammersmith & Fulham recently!

Despite being confined to a wheelchair at the age of 7 with septic arthritis she reached county standard at tennis, hockey and javelin. Nor was she born with the proverbial silver spoon – she spent a lot of time waitressing to pay for her music studies. A talented and determined woman, she even agreed to talk to Parknews.

Parknews: You’re gifted in both music and sport: do you have any family background in either?

Laura Wright: My father was very sporty as a young man and my mother’s side of the family are very musical and creative. I have three older brothers who are very sporty, there was certainly no lack of ‘competitive edge’!

PN: Is it true that a personal trainer by the name of Nick Huggett first pointed you towards the Slingbacks?

LW: Yes! I wanted to start playing rugby and he encouraged me to head down to a training session as the slingbacks are all so welcoming.

PN: Already a very accomplished tennis and hockey player, what made you want to add Rugby to your portfolio?

LW: I’ve watched my brothers play rugby from a young age and my father also coached the sport. However, like many other girls I just assumed it wasn’t a sport I could or should play. After leaving school and still having an urge to play competitive sport, I thought something new like rugby would be perfect!

PN: Talking of tennis, as well as having sung at Wimbledon on Centre Court, did you not once play the British number 2, Heather Watson

LW: I did yes, I was singing at the opening of a new LTA court at Edgebaston in Birmingham and as a surprise for the crowd I joined Heather Watson, Greg Rusedski and Tim Henman for an exhibition match to celebrate the new court. I actually got a volley past Henman, believe it or not.

PN: A couple of Slingbacks told me that when you joined you were so modest that you just said you were a singer, and that they thought you must be a student singing in pubs to eke out your student loanuntil they saw a photo of you in the ‘Standard’ starring in the Royal Albert Hall Remembrance Day Concert! Isn’t a diva supposed to be a bit more arrogant than that?

LW: I don’t believe in being a‘Diva’. Of course when I perform I have to feel confident on stage. However, to say that what I do is better than others is just untrue. I feel very lucky and blessed to have the job I do, something I can earn a living from but also is my passion. I didn’t want to be treated any differently!

PN: When did you decide to become a professional singer?

LW: When I was about 15 I took part in a competition called Chorister of The year. This was the first public performance I’d ever done and I luckily won it, from this I auditioned successfully for the girl group All Angels. We signed to Decca, Universal and recorded three albums. Then 2 years ago I left and signed as a soloist! During this time I studied at Royal College of Music too.

PN: You have an amazingly beautiful voice that sounds absolutely natural – how much of that is gift of nature and how much is hard graft, study and practice?

LW: I think you have to have a natural talent for singing and a passion for it, however during my time at Royal College I learnt a great deal about breathing technique, my voice is always changing too so all these things help towards the development of your performance.

PN: You’re very slightly built for the power of your voice – how do you do it? 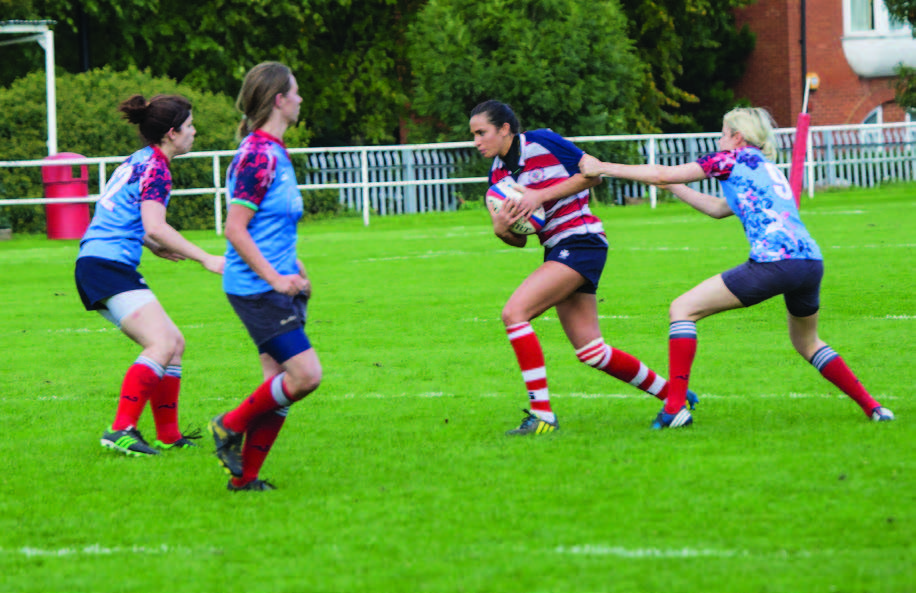 LW: When you sing, the power comes from your diaphragm…so youcould be extremely large or extremely small and still have the same power. You can train your vocal chords and your diaphragm to be stronger, for example something like an opera is very demanding on the voice and that’s why opera singers and classical singers train for a long time. Of course, being fit and healthy helps a great deal too!

PN: Which other well-known artists have you appeared with lately?

LW: I recently performed in a Don Black concert‘A Life in Lyrics’ with Eliza Doolittle, Brian May, David Arnold and Katie Melua. I’ve performed a lot with Alfie Boe too, I joined him on his tour last year which was great fun!

PN: So you’ve sold over a million albums over all, reaching number 1 in the classical charts with your solo debut album ‘The Last Rose’ (some hauntingly lovely renditions of traditional folk songs) where do you see your musical career going in the future?

LW: Well my third album is shaping up to be very exciting, but you’ll have to wait and see! In terms of my musical future, I am just enjoying each and every performance at the moment, especially the sporting events, in particular the rugby as it’s such a grand occasion.

PN: I think I saw your name prominently billed for the northern Opera in the Park? Do you have any ambitions eventually to go into opera, and if so what would be your dream role? Why?

LW: I love being able to pick and choose the best bits of an opera to perform at something like Opera in The Park. I have performed in operas in the past and it’s something I would never rule out, however my voice isn’t fully developed yet so it’s something that would happen in the future.

PN: The image of a classical singer playing rugby seemed somehow to catch the public imagination – you even made the front pages in Spain wearing a Rosslyn Park shirt (thanks for the free publicity)! Did that take you by surprise?

LW: I guess I hadn’t even thought about how unusual a combination it is, rugby and singing. People are still very shocked when I tell them! For me, there is a similarity between the two, professional sport and singing both need great confidence, an enormous about of training and the ability to perform.

PN: I believe you’ve achieved everything despite debilitating illness as a child – did that hold you back, or did it make you even more determined to succeed?

LW: It definitely made me more determined to succeed. I suffered from septic arthritis when I was 7 which meant I was in a wheelchair for some time, I feel so lucky to have made a almost full recover that it spurs me on to take part in every competitive thing possible!

PN: Having run the London Marathon in aid of Nordorff Robbins charity, you’re an accomplished hockey and tennis player and look to be shaping up to be a decent rugby player, too. You’re the first female since Katherine Jenkins to go to number one in the classical charts, and widely regarded as Britain’s most exciting new soprano. Is there anything you’re really seriously crap at?!!

LW: I am terrible at cooking, I mean really really awful! Which gets very frustrating when I’m trying to maintain a healthy diet, especially when traveling a lot!

PN: What motivates you to get up and turn out for the Slingbacks on a Sunday afternoon when you’ve sung at a big concert the night before?

LW: Not letting my teammates down, I see it as a huge responsibility to be part of a team, in fact that was my only reservation when joining the Slingbacks, if I could fully commit to the team as my job is so unpredictable. I am so appreciative of their understanding of my situation too!

PN: Do you feel you’ve settled in with the girls at Rosslyn Park, despite your stage commitments limiting your appearances?

LW: Absolutely, I recently started training/playing again after having some surgery on my knee and it was like I hadn’t been away.

PN: Have you managed to raise the tone of the Slingbacks postmatch singing yet?